The 1936 tour of New York City of the Virginia Glee Club celebrated the Glee Club's 50th anniversary, as calculated at that time, as part of the 1935-1936 season. The tour included performances with the Barnard College Glee Club of Columbia University (February 27) and at the Plaza Hotel (February 28).[1]

The Barnard performance was part of their Prom Celebration. The Glee Club gave a separate concert there followed by a special dance. The Plaza Hotel performance was hosted by the Virginians of New York, an alumni club, and was broadcast via the radio. 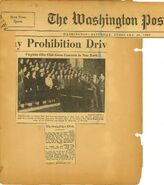 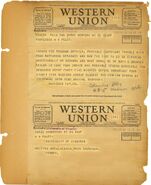 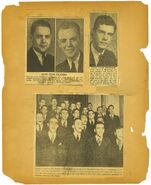 College Topics articles about the tour 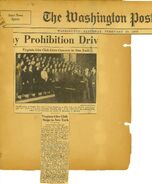 Front page coverage of Barnard concert in the Washington Post 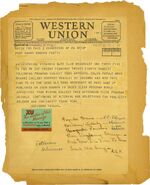