The 2010 "Songs of Virginia" Tour of the Northeast of the Virginia Glee Club, Frank Albinder conducting, was the culmination of the 2009-2010 season. The tour took the Club to destinations in Pennsylvania, Massachusetts, New York, Washington DC, Virginia, and Michigan. The tour, held March 5 through March 13, 2010, concluded with a three-Glee Club concert, "Celebrating 440 Years of Song", with Harvard, Michigan and Virginia glee clubs singing in honor of the University of Michigan Glee Club's 150th year, the 150th year of the Harvard Glee Club, the retirement at the end of the 2009-2010 season of longtime Harvard Glee Club director Jameson Marvin, and the new president of the University of Virginia, University of Michigan provost Teresa Sullivan.[1]

Frank Albinder covered the tour on his tour blog.

The Glee Club performed the Fauré Requiem at Smith College. For their solo performances, repertoire was selected from the following: 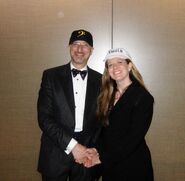 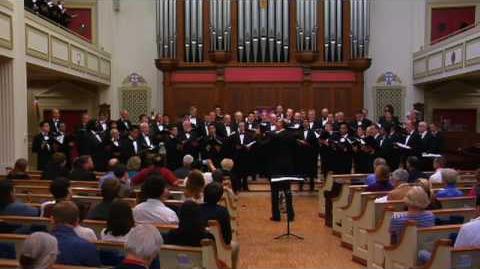